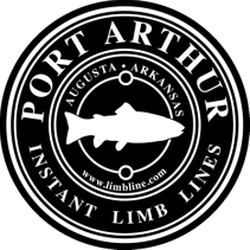 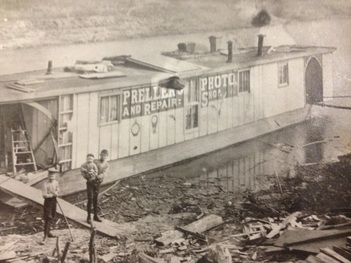 This image was from early 1900's. We had the Preller Family on the Black River
" PORT ARTHUR INSTANT LIMB LINES " Comes from 6 generations of Fishermen and Outdoors enthusiast. Hugo Arthur Preller and Gayne Laura Avie Preller, my great grandparents and family
were living and traveling on their House Boat in the early 1900's. The House Boat was also their Gunsmith, Jewelry, and Photography shop. In the early 1900's, my family was traveling the Mississippi river and came to the mouth of the White River . We came up the White River stopping at many of the small towns scattered on the river. We provided our services to support our family and to gather supplies for our lifestyle. We continued to enjoy the Outdoors and River life while living on our House Boat until In 1908 we came to a small river town named Augusta, Arkansas. Augusta is where we came ashore and have called home ever since. The Preller family have fished for alligator gars in the early 1900"s, and now we fish for catfish, buffalo, bass, crappie, and bream. It's in our blood.

The outdoors and waterways has been and still is a gateway for relaxation and pleasure. It is a way of life for our family. Port Arthur Instant Limb Lines has evolved from generations on the river and being outdoors, enjoying its pleasures. We have fished for catfish and crappie and other species of fish using traditional methods. The traditional methods being used are poles, trot lines, throw lines and traditional limb lines. There is also the auto-fishing devices (yo-yo's and/or spring loaded devices) that we have come to use. Trot lines and throw lines have basically been the same for years. Still the same fishing line and hooks with basically same regulations for years. Limb lines and Yo-yo's have also basically been the same for years but as time went by there have been NEW REGULATIONS added for Limb Lines and the auto - fishing devises. Most STATES REQUIRE TAGGING YOUR LIMB LINES and REQUIRE FISHERMEN TO BE WITHIN HEARING OR SIGHT OF THEIR AUTO-FISHING DEVICES at all times. PORT ARTHUR LIMB LINES takes care of these rules in one product.


" THE RULES HAVE CHANGED, AND SO SHOULD THE WAY WE FISH "
"No more tangles, easy storage!!"
Thank You,
Art Preller Jr.
Owner and CEO of Port Arthur LimbLines 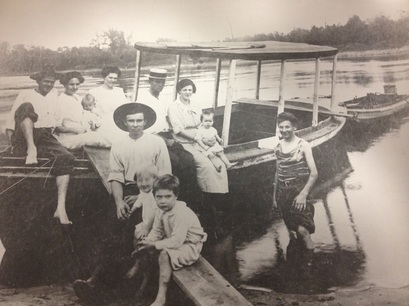